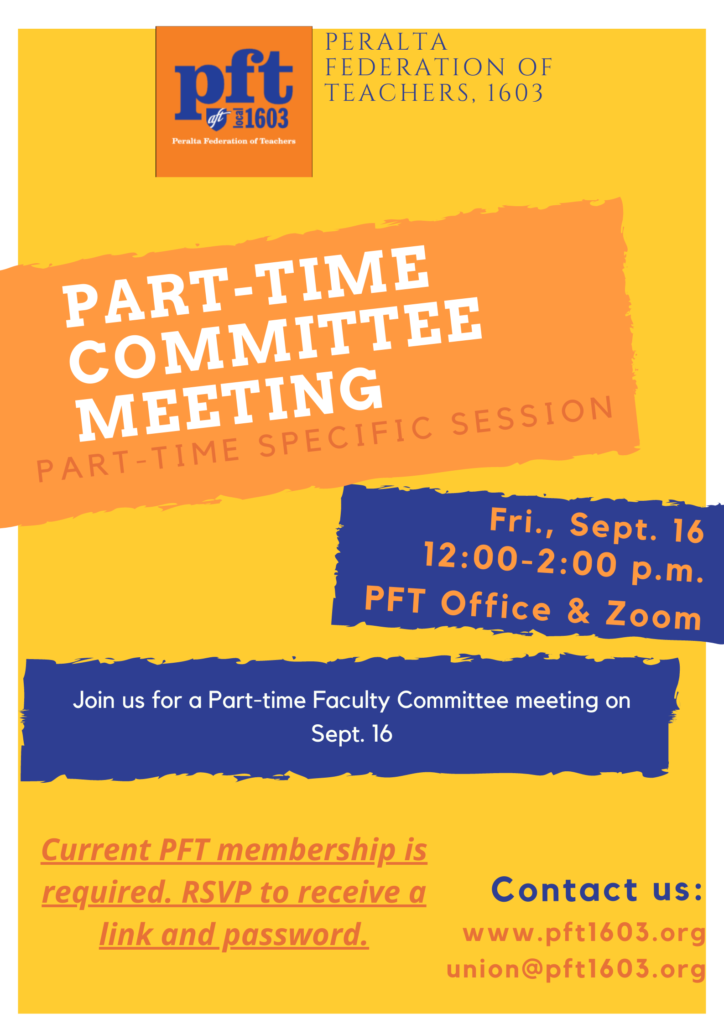 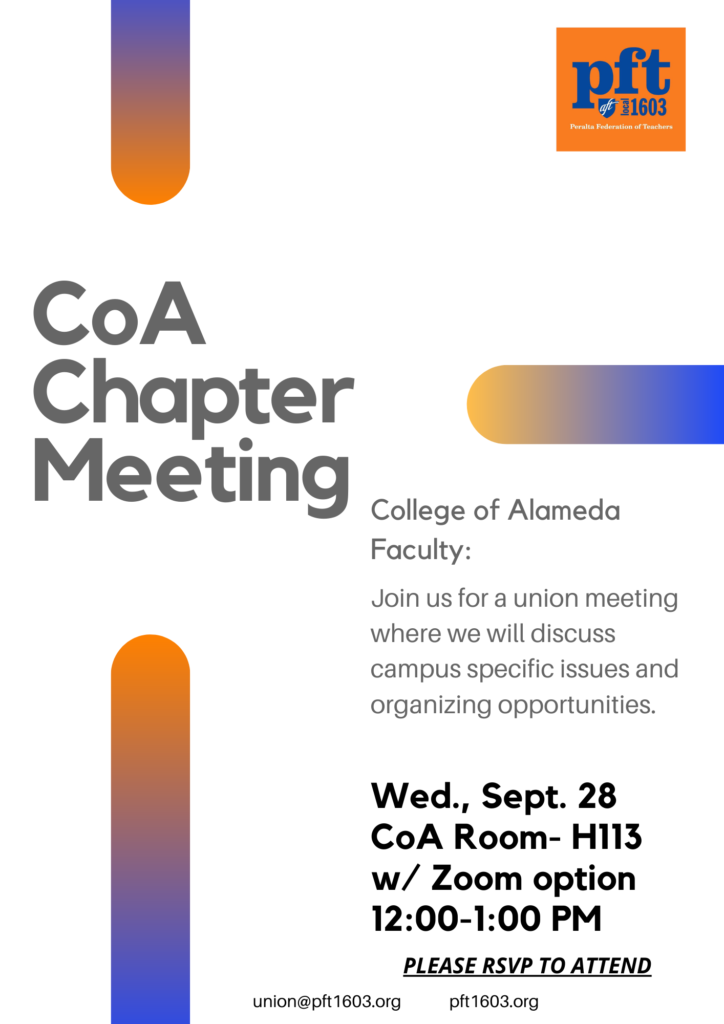 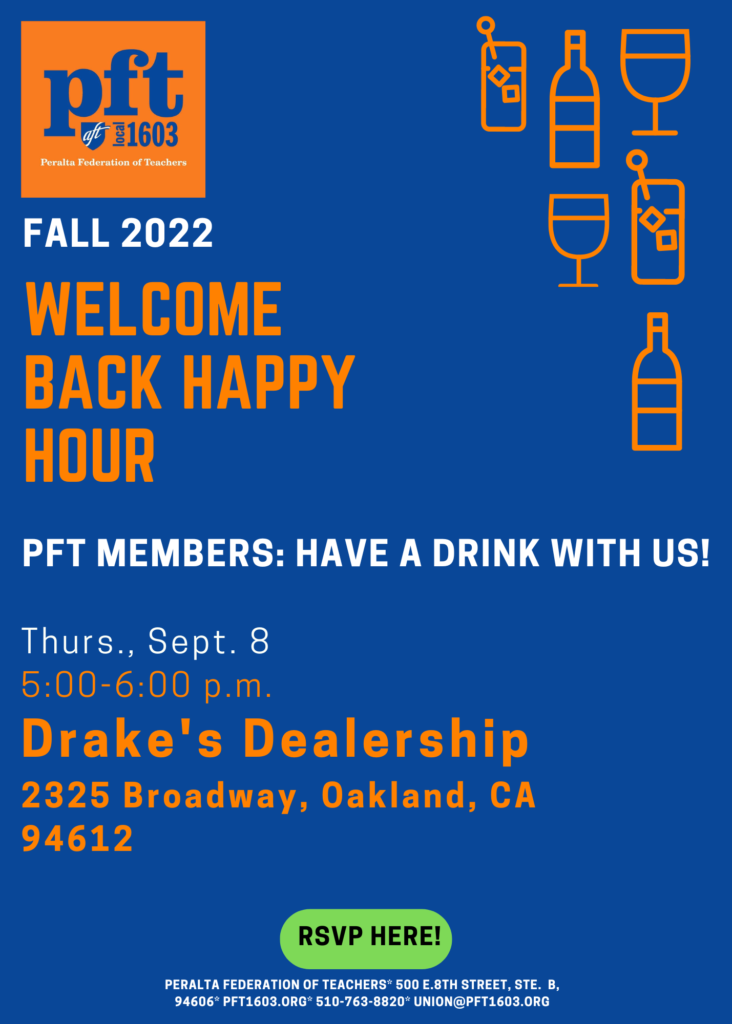 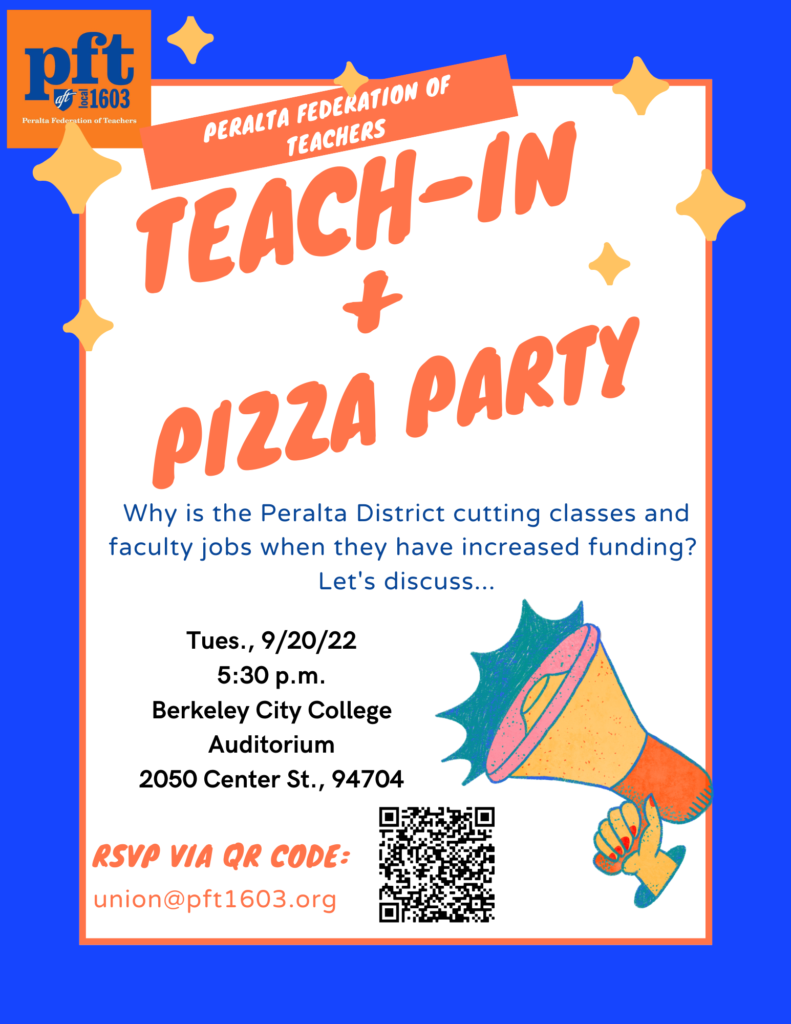 Elected members of the Executive Council have the overall responsibility of decision-making for the PFT.  Campus and Committee Chairs are encouraged to hold committee meetings and/or events for their represented populations once per semester. Campus Co-Chairs are often the first contact for faculty on their campus, frequently serve on hiring and screening committees, and occasionally handle grievances.

Each Executive Council member is required to attend PFT Executive Council Meetings, which are generally on the first and third Thursday of each month from 3-5pm during the Academic Year (though extra or emergency meetings are sometimes called in the Summer).

Please be certain that your nominee wishes to run for the position, has the time to do so, and verify their willingness to serve.  You must sign this nomination form.  Unsigned nomination forms will be disregarded.

NOMINATIONS ARE DUE TO THE PFT OFFICE BY

Nomination forms should be returned to the PFT office via e-mail to union@pft1603.org. 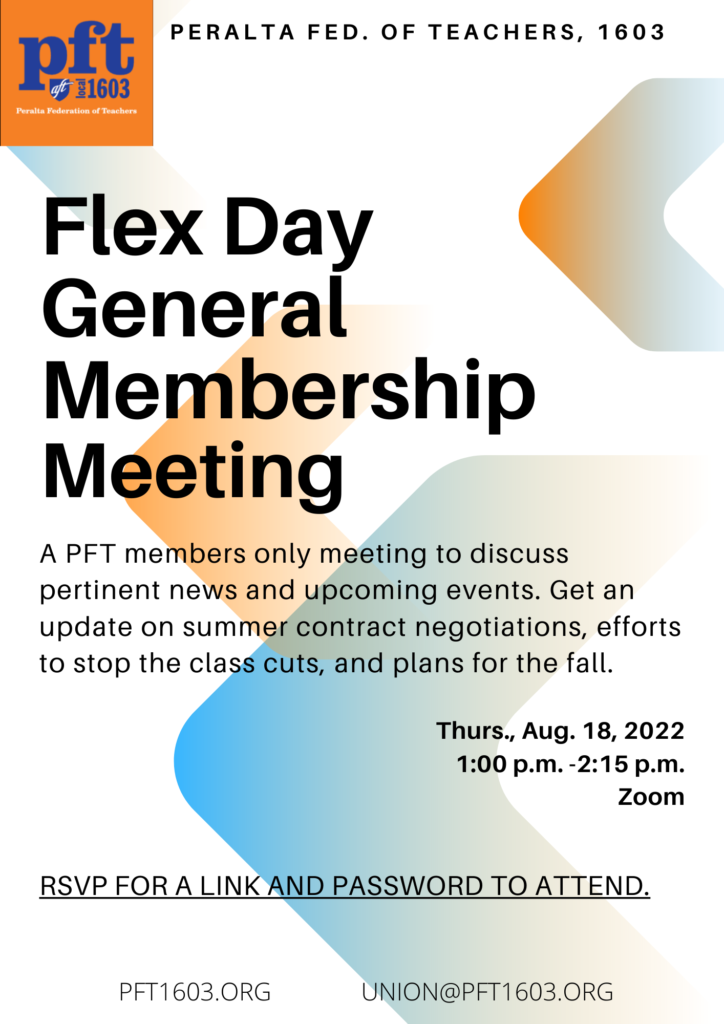 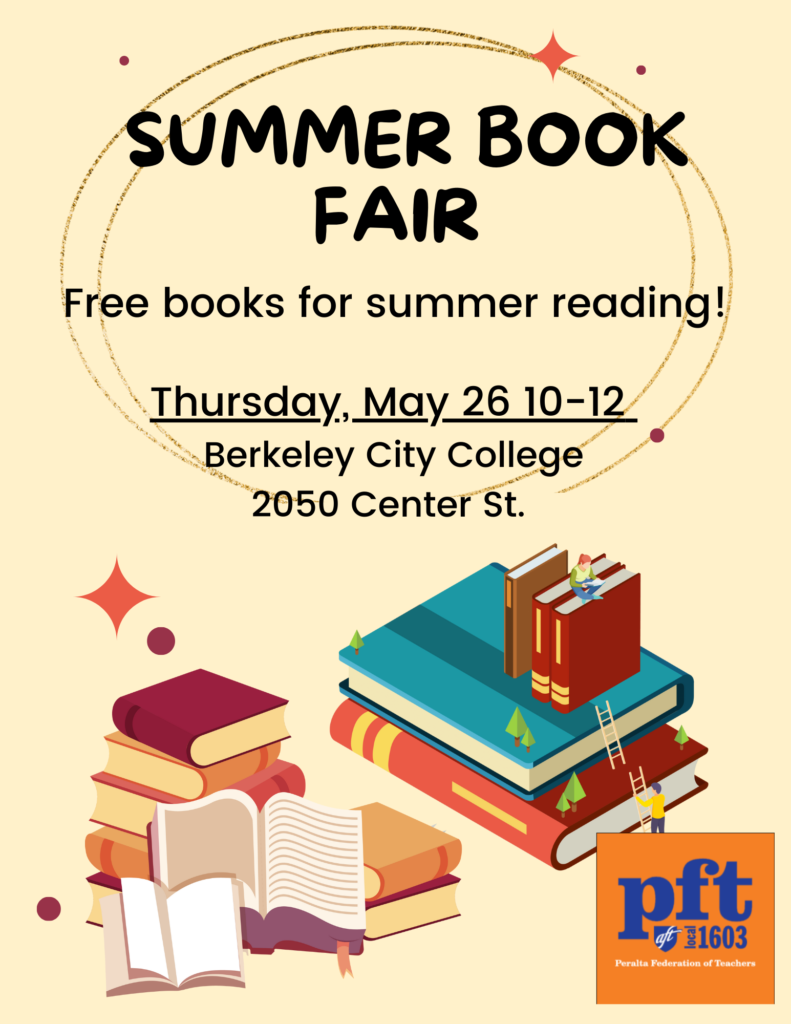 Letter to Chancellor Jackson and Peralta Board of Trustees

In the last two years, the Peralta Community College District (PCCD) cut more than 550 sections and laid off the equivalent of 130 full-time instructors with more expected next year–all with no input from students, staff, or faculty! Instructors, librarians, nurses and counselors have questioned the wisdom of these cuts and students are having trouble getting the classes that they need, or even registering for those that are still available.

PCCD has the money to avoid these cuts.

Please send a letter to Chancellor Jackson and PCCD Trustees to let them know we demand an end to class cuts and an investment in our students. 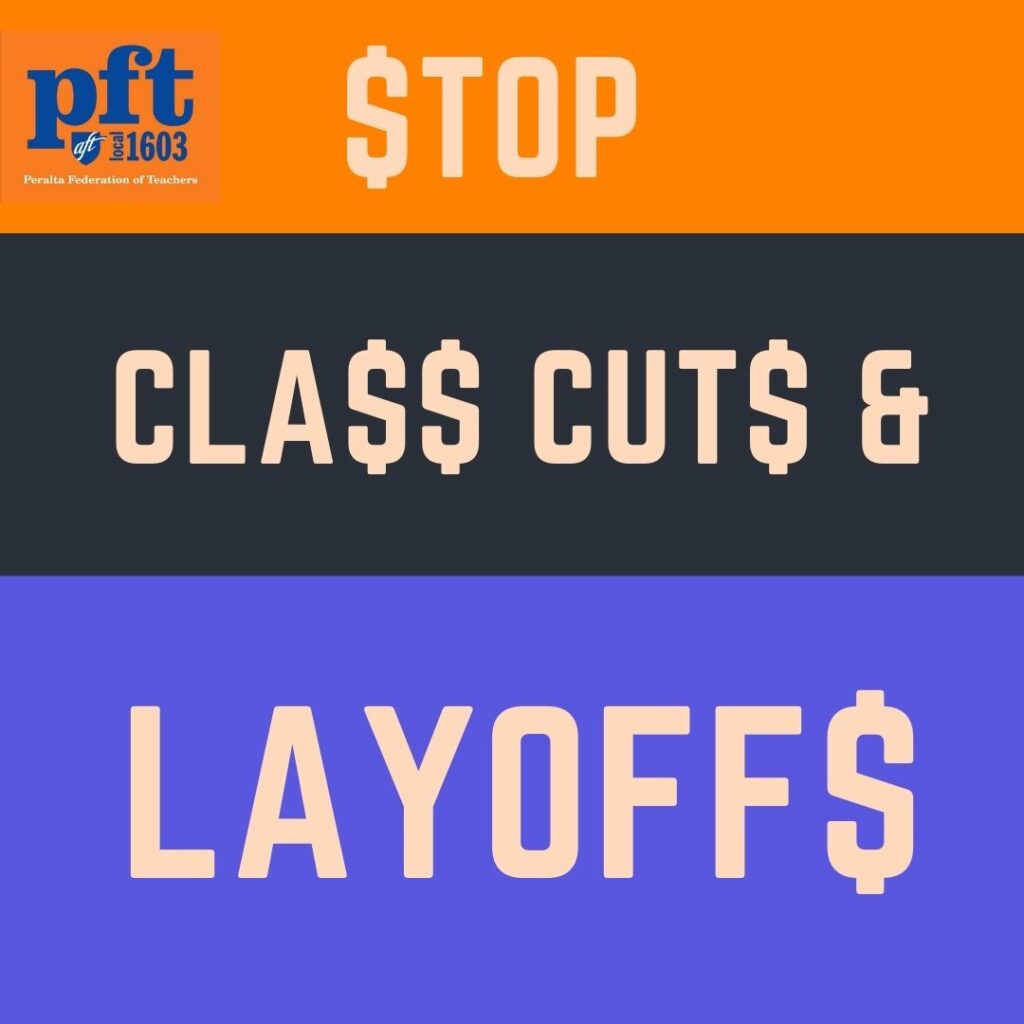 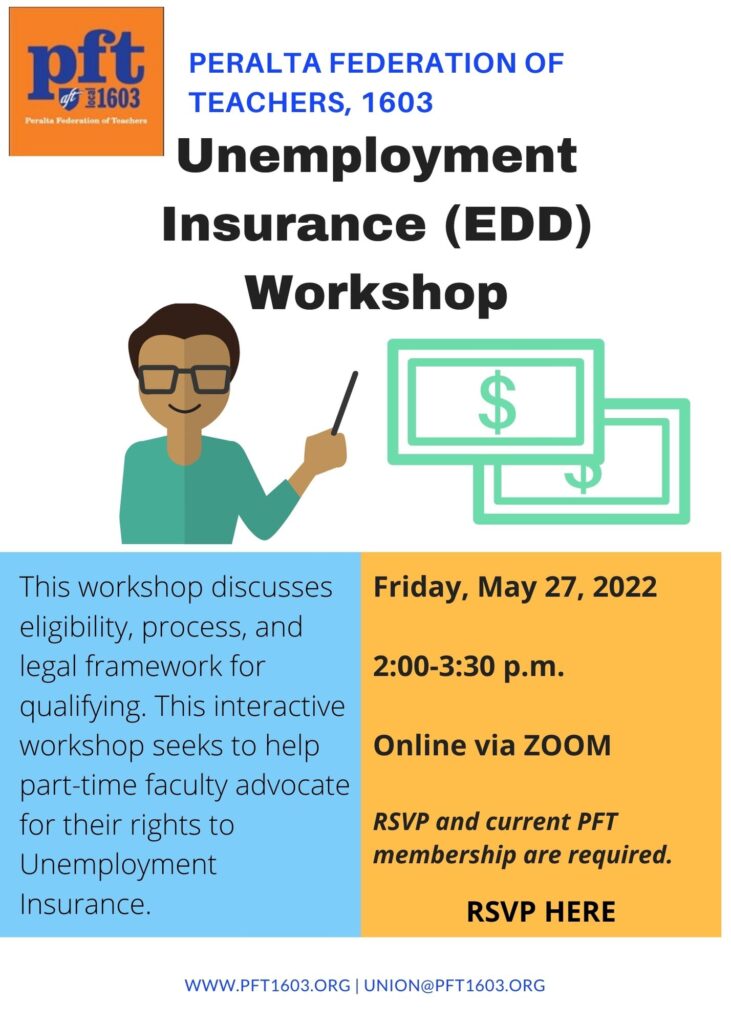 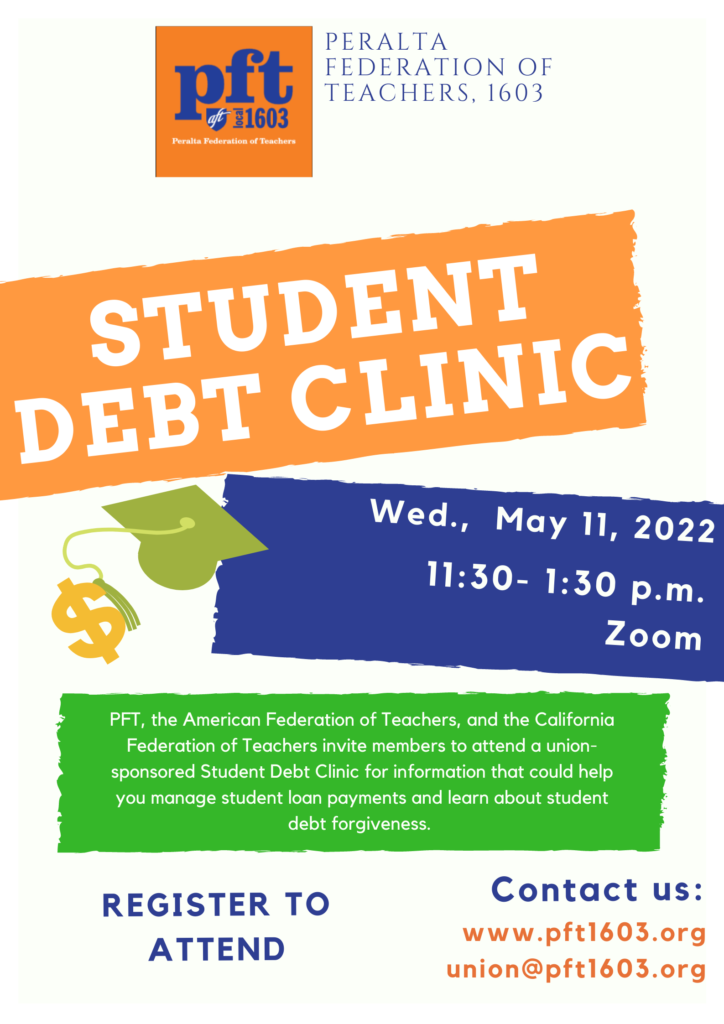